The name “kayak” was coined from “qayaq,” an Inuit Eskimo word that’s spelled like “kayak” except it has a “q” instead of a “k”. The “qayaq” from which “kayak” is derived was a boat among the Inuit Eskimo people that was made of a wooden or whale-bone skin-covered frame, fitted with a tiny central opening and propelled by a double-bladed paddle. For the Inuit people, kayaks were boats for hunting trips on coastal waters, rivers, inland lakes and across their habitation range in the North Pacific, Bering Sea, North Atlantic and the Arctic Ocean.

Who Were The Inuit Eskimos?

The Inuit people are descendants of Paleolithic hunters who originally lived in Mongolia but migrated across the Siberia, then eastward over Bering Strait’s frozen land bridges into North America in a series of migrations that occurred about 4,000 years ago. During these migrations, the Inuit were already using their kayaks, which were built by first creating a strong framework of whale bones or wood before stitching skins meticulously over the framework. The building materials for the boats were slightly different for different Inuit groups. For instance, the Western Inuit people preferred wood for their kayak frames because trees were readily available to them, while the Eastern Inuit opted for whale-bones because of their treeless environment.

Kayaks used by Inuit people were customized by and for those who would use them. And often a man and his wife worked together to build a kayak. The men used stone, copper, ivory and antler tools to build kayak frames, while their wives stitched skins on frames to ensure a complete boat. The skins used were obtained from sea lions, walrus, caribou or seals, and often featured waterproof seams. After stitching them on the frames, the skins were treated with oil every 4-8 days to ensure they remained waterproof.

An Inuit kayak was typically three times the length of the owner’s outstretched arm. On average, a kayak was 17 feet long, 20-22 inches wide and 7 inches deep. The kayaks were supplied with a tuilik (a skin-jacket) around the paddler and cockpit to create a waterproof seal similar to modern artificial spray skirts. To deal with their boats tipping over, Inuit paddlers applied the Eskimo-roll technique to get their boats back upright. The Eskimo-roll was the most used technique because the waters were so cold that paddlers couldn’t risk being immersed in it for long.

Although kayaks have been used for over 4,000 years, the first recognized usage of the current word “kayak” was in 1757, more than 250 years ago. The word “kayak” is believed to have gotten into European languages through the Danish or Dutch whalers, who met and interacted with Inuit Eskimos at Greenland during their whale hunting journeys in their wooden sailing ships. Other Europeans later encountered Inuit Eskimos while searching for a northwest trade route passage to the Orient.

Since then kayaks have become more popular across the globe, proving to be a high-utility and hardy boat that suits different users. But even with the rise in popularity, the boat hasn’t seen much change in design and has remained little-changed for several centuries.

At Captain Mike’s we have been inspired by this centuries-old Inuit kayak design and are committed to offering some of the most stable, comfortable and safest kayaks in the market. Our wide variety of kayaks include sit-inside, sit-on-top, fishing, whitewater and sea kayaks — whatever suits your needs. So whether you are a beginner or an experienced paddler planning a day excursion or a long jaunt and want a perfect boat for your venture, contact us for help. For more information on our kayaks, rental rates, policies and hours of operation, visit the “Captain Mike’s Kayak Academy” site. 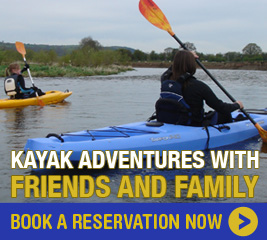 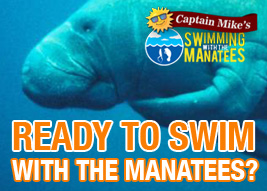